View opinions expressed on this issue (3)

Forward this issue to a friend
Good teaching is one-fourth preparation and three-fourths theater.
-Gail Godwin
"The economic downturn seems to have worsened an already vast gap between the numbers of men and women teachers, particularly in the early grades," writes Sarah Sparks in Education Week (May 9, 2012).

According to the "U.S. Bureau of Census Labor Statistics 2011 Current Population Survey," men make up only 18.3 percent of elementary- and middle-school teachers and 2.3 percent of preschool and kindergarten instructors — "a dip from the 2007 prerecession proportions of 19.1 percent in grades 1 to 8 and 2.7 percent in preschool and kindergarten."  Bryan Nelson, of the World Forum Men in Early Childhood Education Working Group, believes this differs from previous economic declines when more men entered K-12 teaching.

According to Sparks, "Researchers argue that though girls are increasingly encouraged throughout school to enter male-dominated fields such as engineering and mathematics, boys are given less incentive or opportunity to explore working with young children."  Robert Capouozzo, an assistant professor of early childhood education at the University of Alaska-Anchorage, points out that "many of the young men he teaches have never held an infant, while the female preservice teachers have been baby-sitting and tutoring children for years." 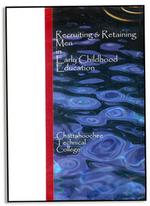 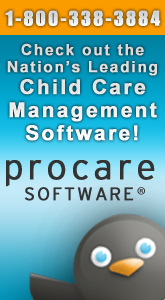 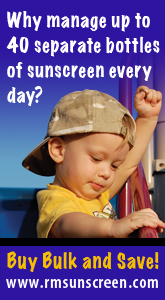 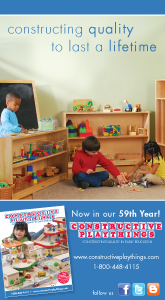 
The ever so slightly increase in men entering ECE is encouraging and all of the positive statements I've heard at conferences about why it's so important to have a balance between men & women teachers for children to experience is wonderful as well. Unfortunately the prevailing attitude regarding men who are around young children is one of suspicion and treated differently because of their gender, and when you factor in the low rate per hour and little no health benefits it's hard to imagine why any men would want to subject themselves in those kinds of situation. In addition, when the media spends an unequal amount time highlighting the negative vs. the positive experiences males have on young children, continues making it stressful for other males. I realize this attitude is not everywhere, in fact I have worked at very supportive environments regarding male teachers, but over my 30 years teaching in ECE, it has felt dangerous most of the time. Thinking positively and being a positive role model for children, staff & families is very important to maintain, but in the back of your mind having thoughts of being unsafe has it's emotional toll as well. And when the 95% of women who read this may think it's just a negative portrayal, it would directly be due in how differently our experiences have been.


As my graduate statistics teacher said on the first day of class:

Do not put your faith in what statistics say until you have carefully considered what they do not say. ~William W. Watt

You can see the data here:

Interestingly, we have two key events going on right now, what I'd call "The Perfect Opportunity" for men in education. One is the Great Recession, a poor economy where men are seeking jobs in any industry and are trying to get hired as teachers. And two is the men returning from war in Iraq and Afghanistan looking for work with a new GI Bill to pay for their education.

So, let's not put our faith AND write headlines on what the statistics may be saying without analyzing what they are not saying. For stories about increases all over the world, like what Ron Blatz is doing up in Canada, or Dr. Tim Rohrmann in Germany, or Kenny Spence in Scotland, go to MenTeach.org or visit the World Forum's Working Group on Men in Early Childhood Education:


Good points regarding the inequality of encouragement in directions for boys and girls. I see a (adimittedly unscientific!) corelation between finding out the sex of the baby, and then the shopping for pink and blue, and decorating the room, and buying the trucks or dolls as a total backslide. Kids are being shuttled into old gender-conforming roles before they are even born. I think boys are really being short-changed here. So are non-gender conforming children. Again, sexual orientation is on a spectrum, as should be choices for work and interests, but parents and caregivers are so excited with prenatal chromosomal knowledge that it seems they're back in the fifties, especially for boys.

Or it could just be about the money - low pay, no way!